Two’s Company, Three’s A… – The Tonic
The Tonic > Articles

Most of us were presented with one model of relationship of committing to only one partner. Any deviation has been considered cheating. Monogamy works quite well for many folks. However, this relationship style is not the best choice for everyone. Fortunately, an increase in discourse and resources about consensual non-monogamy (CNM) of late means that individuals and couples can make more informed choices about their relationships.

Aren’t we just talking about cheating?

Ethical non-monogamy is practiced by folks where all relationships are negotiated and consensually agreed upon. Cheating on the other hand happens when the rules of the relationship — explicit or implied — are broken. If sexual and other forms of contact (such as emotional closeness) occur with all parties’ knowledge to the extent agreed upon, then cheating is not at play. The difference is whether there is complete and consensual knowledge about the parameters of each other’s behaviours and connections.

How common is it?

In terms of numbers, one in five Americans has tried some version of ethical non-monogamy according to one study. Five percent of people in relationships right now are practicing CNM. Thirdly, one in three millennials believes that non-monogamy is the best relationship style for them. Other studies have also shown that those in polyamorous relationships enjoy the same marital satisfaction in general and sexual satisfaction as those in monogamous ones. The rise in popularity of CNM in popular culture and films, in support groups, and educational books and online resources has contributed to an increased acceptance of this style as a viable option for those who choose it.

Non-monogamy is the umbrella term for basically any option that is not monogamous: multiple lovers, sexual connections and/or partners at one time. However, this is where the similarities end. There are as many ways of doing CNM as there are people practicing it.

Open Relationships/ Marriages are ones where sex and relationships with others are allowed.

Polyamory is based on the Greek and Latin for “many (poly) loves (amor)”. A polyamorous person is someone who desires having more than one committed romantic relationship at a time, with the knowledge and consent of all their partners. Polyamorous folks usually are not interested in more casual sex or partners. People often have primary partners with whom they share more commitments such as finances, parenting and/ or housing and secondary partners with fewer such commitments.

Polyfidelity is a closed relationship between three (triad) or more people who agree to no sexual relationships or dating outside of the group.

Don’t Ask, Don’t Tell is a term used by some partners who agree to a non-monogamous relationship without discussing the specifics of who and what and when of other relationships.

Polygamy  is the practice of having more than one spouse, usually one person with multiple spouses who do not themselves have other outside romantic relationships.

Swinging is a practice of  having recreational sex or sexual experiences with anyone outside of a committed relationship. Interestingly, one study showed that swingers were found to have a higher sexual satisfaction than those in other CNM or monogamous relationships.

There are many keys to a successful relationship, regardless of style. When it comes to CNM, many of these keys are that much more important because of the wider possibilities and boundaries that need to be negotiated.

There are so many aspects of CNM to negotiate:

Of course they do! We all can feel jealous. The importance in any connection is that we listen to our jealousy. For example, a jealous feeling might really be a signal that the individual feels that their needs are not being met (“we don’t spend as much time having fun together anymore”) or that they feel taken for granted (“you put effort into dates with the other person and I would love effort put into me as well”) or fear of abandonment (“I worry that you like them more and will leave me”). A thoughtful partner will hear those concerns and reassure them or do their best to accommodate.

Compersion is what a lot of CNM folks feel for their partners: being happy for the happiness that a partner experiences, just as one might feel joy for a partner’s work promotion or other pleasures. It is easier to feel compersion when we feel secure in the relationship that we have and the boundaries that each partner follows. Also, if we work with the premise that love is abundant and not finite, we can see that the love and relationships that a partner has for another usually enhances our connection rather than takes away from it. Interestingly as well, many people experience a greater love and attraction to their partner given the freedom and pleasure that they experience in other relationships rather than less attraction to them.

Don’t engage in CNM as a way to “fix” your relationship, as it needs to be solid before opening yourselves up to more considerations. Spend the time and energy in conversation, romance, spicing things up: all of the things we do at the beginning of a relationship to make it the best it can be. Then find a support group, read books such as Opening Up by Tristan Taormino to learn how others have opened their relationships in a variety of ways. Don’t try to reinvent the wheel – you can save a lot of pain and suffering by learning from others’ mistakes as well as ensuring greater pleasure and happiness by applying what has been successful for others. With those tools in place, you can create the relationships that work best for you.

Carlyle Jansen is the founder of Good For Her, a sexuality shop and workshop centre in Toronto. If you have questions or comments, email carlyle@goodforher.com or go online to goodforher.com 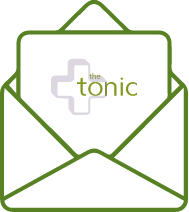